Unless you have a pet pig, do not be concerned about your dog or cat giving you the flu. Most viruses are species-specific.  Viruses can be passed between humans but not between you and your pet.

​Do you remember the H1N1 flu outbreak during 2011 and 2012?  It was originally called the “Swine Flu” until they changed the name to the more politically correct H1N1 virus.  Oregon State University identified cases that were probably transmitted to a few cats, dogs, and ferrets from humans. 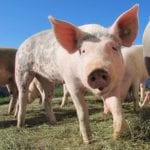 ​There is influenza A (H3N2), usually found in pigs, that can make its way to humans through contact at state fairs or other agricultural functions.  The CDC has a history of these cases!  For this reason, the CDC cautions that children younger than 5 and adults 65 and older, pregnant woman and others with conditions such as heart disease, asthma, diabetes and weakened immunity avoid pigs or swine barns.

Safety Precautions During the Flu Season

It is a good idea to practice safety precautions especially during the cold and flu season, such as: