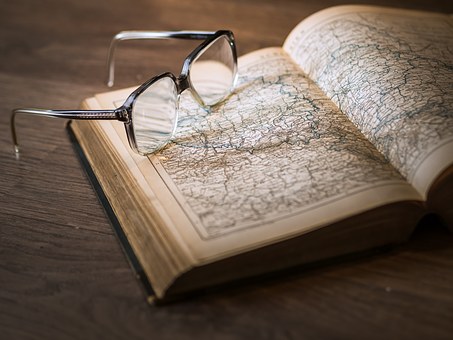 In 2017, the American Cancer Society predicts that there will be nearly 1.7 million new cases of cancer in the United States. Cancer is the second leading cause of death in the US, causing 1 in 4 deaths. A study using information obtained by the Centers for Disease Control (CDC) recently named Kentucky as the U.S. state with the highest rates of cancer diagnoses.

In contrast, from the same last analysis in 2013, Utah has the lowest cancer death rate at 133 for every 100,000. And New Mexico has the lowest rate of diagnosis with 363 per 100,000. The entire Midwest has a much lower cancer incidence rate than the rest of the country.

Incidence of cancer varies widely across the United States. There are great variances between the states when comparing mortality rates, new cancer diagnoses and the number of Americans living with cancer. Some states sit much lower on the spectrum than others. Why is that? With society’s knowledge about cancer today, as well as targeted healthcare solutions and lifestyle awareness, why are there such variances across the map?

There are no clear reasons as to why there are variances across the United States but there are definite markers in each individual state that can help to clarify why the rates are what they are.

Interpreting the Data with Contributing Factors

It is important to keep careful consideration of many factors in attempting to interpret this data across the different states. Some examples are:

In the state of Kentucky, where new cancer diagnoses as well as deaths due to cancer are the highest in the country, deaths related to tobacco are at 25.6%, the second highest of all the United States. Whereas, less than 10% of adults living in Utah report a history of tobacco use, which is the only state where the percentage of smokers does not exceed 10%.  9 of the 10 states with the highest death rates due to cancer also have the 10 highest percentages of smokers in the population.

Experts note that one million cases of cancer diagnosed in the US in 2015 would likely not have occurred if Americans had not smoked, had improved their diet and had exercised more. That being said, there are plenty of people who follow all the suggestions and maintain optimum health and are still diagnosed with cancer. Genetic disposition is a leading “cause” of cancer, which occurs in many cases where the patient is otherwise in good health.

The CDC estimates that 40% of cancer cases in the US are tobacco related and that cigarette smoking causes one-fifth of all annual deaths. Sadly, despite the fact that we know full-well how bad smoking is for our health, the number of tobacco-related deaths is projected to increase by 2030, according to the World Health Organization (WHO). They estimate the current 6 million deaths attributed to tobacco worldwide will rise to nearly 8 million over the next 13 years.

Interestingly, smoking costs the global economy more than $1 trillion a year and yet that cost far outweighs global revenues from tobacco taxes, which the WHO estimates at $269 billion (between 2013-2014). The study, conducted by the WHO and the U.S. National Cancer Institute, which was peer-reviewed by more than 70 scientific experts, found that tobacco is the single biggest preventable cause of death across the globe. Tobacco is responsible for over $1 trillion in healthcare costs and lost productivity each year.

While there is still no cure for cancer, there are many ways in which we can try to prevent cancer. We can be much more proactive about our health, starting with the basics, such as:

There are also some more obscure things to consider in our efforts to protect ourselves against cancer, such as:

Some good news: According to the American Cancer Society, cancer death rates in the United States have been going down over the last few decades. There is still a lot that we can do to try and prevent cancer and we must do our part to raise awareness of this disease within our families and communities.