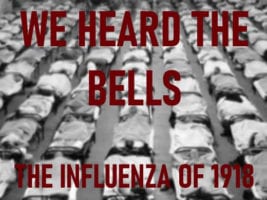 Known as the Spanish Flu, the 1918 pandemic appeared at the end of World War One. It was an aggressive, deadly form of influenza that lasted from about January 1918 to December 1920; infecting around 500 million (around one quarter of the world's population at the time) and killing about 50 Million.